In my mind’s eye, it is the responsibility of a writer to share what he or she feels, not just what is known to be true.

I don’t personally know anything about Da Nang.

Although the Vietnam War was ending as my viability for soldiering was nearing, I followed it like every other American—quietly and reverently watching the body bags of our young men return from a conflict we were realizing more and more had been birthed in lunacy.

Actually, there’s only one specific memory I have of Da Nang.

Da Nang was and ever will be associated with a fellow named Bobby.

Bobby was a nineteen-year-old Gospel-quartet-singing acquaintance who, because he was nineteen, had great fervor for the music and not so much reverence for the rules and regulations of the religious kingdom of the day.

He drank a little bit, he cussed a lot, he laughed more than he cried, and he chased girls until he finally caught a few.

He was delightful to be around and might have been considered a hypocrite had it not been for the fact that when he sang the tunes of the cross and the anthems of the resurrection of Jesus, he expressed the sincerity of an angel.

He was a believer.

He not only believed in God and shaped notes from a Gospel song, but he also believed in America.

It would never have crossed his mind to duck his responsibility to his country, even when that burden landed in his mailbox as a draft notice, to serve the nation in a bloody police action worlds away.

Bobby received his notice in March.

He was off to basic training in late April.

He was home for a short leave in early June.

He was shipped to Da Nang in Vietnam by July 4th.

And he came home in a box by Halloween.

That’s how I remember Da Nang—Bobby, with his chubby, silly grin, wearing a cheap, bright-colored polyester suit, singing Wouldn’t Take Nothin’ for my Journey, Now with a tear running down his cheek.

The history books cite the progress of nations by wars and innovation.

But as human beings, we reminisce the passing of time by those who have warmed our hearts. 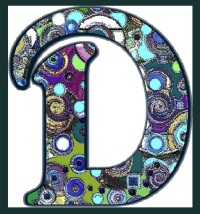