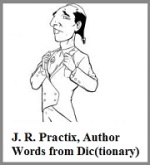 Collaborate: (v) to work jointly on an activity, especially to produce or create something.

A pot of soup is a collaboration.

So is a deli tray.

Yet there is a massive difference between the two.

No one takes a bite of soup and comments on the beauty of the onion. It is a completed, dissolved entity, where all collaborations of flavors work toward a

On the other hand, a deli tray has cheese, meats, vegetables with dip and maybe even some tomatoes. They lie side by side, collaborating, but simultaneously promoting themselves.

Once upon a time in a land they called the New World, people of all nationalities arrived on the shore of a budding wilderness and worked together to make “one nation under God, indivisible.”

When the need arose to provide “liberty and justice for all,” it became necessary that we melt into one another instead of segregating off into our individual portions on some sort of national deli tray.

The success of this country is based upon how well we have done that.

Right now it appears that our collaboration is a Dutch oven of boiling water, with all the ingredients sitting on the stove, waiting to be placed inside–a merger.

Instead, we put it off and we just boil.

We try to be a soup but we still resemble a deli tray.

Sooner or later, great collaboration demands that we drop into the pan and disappear, to form the “one perfect union.”