He had the right look to calm our prejudices.

The perfect voice to allay our fears.

And a serious tone to let us know he knew the hell what he was talking about.

We never could confirm if he was a Republican or a Democrat. He felt that his political leanings were inconsequential—even detrimental in delivering the news.

He cried once, when a President was shot.

And he beamed like a proud father when he saw American brothers walking on the moon.

His name was Walter Cronkite.

We don’t have anyone like him, basically because we’ve decided that people who bring us the news events from around the world need to be pretty, opinionated, over-bearing, caustic and political.

It would be difficult for the younger generation to imagine a “newsman.” They are accustomed to talking heads, pundits and rating whores.

When there was no 24-hour news cycle, but there was a need to know what was going on in the world, millions of Americans invited one man into their homes, through their singular television set which sat in the living room in a corner, offering three channels.

This man was Walter Cronkite.

We don’t know if he had fetishes, affairs or a history of juvenile delinquency. It wasn’t because he was secretive. It was because Mr. Cronkite did not believe that he mattered—only that he accurately, truthfully, and dispassionately delivered the update of what was going on in our world.

And through the miracle of video tape, he can be viewed by some of the young news gatherers, who might just gain credence by personally taking on a revival of his spirit. 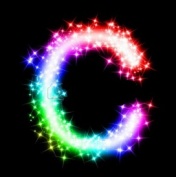