Biting into a shrimp and getting that immediate aftertaste which lets you know it’s a shrimp instead of some sort of fish.

A chocolate milkshake after you haven’t had one for a decade.

Buying a candy bar at the grocery store and realizing it’s fresh, so your teeth won’t have to break through a crust that’s like the surface of the moon.

The two, sometimes five, seconds that occur, transforming your body into a tingling mass of jiggling gelatin right at the point of orgasm.

Praying and knowing that even if the heavens didn’t hear, you heard, and feel enriched.

Seeing a mile marker on a long trip, delighted to discover you’re closer to home than you thought.

When the scrambled eggs come out just right.

Those occasions when a conversation could have been a fight but instead became an open door to deeper feelings.

Catching yourself being unloving just in time.

Letting someone in front of you in traffic and getting honked at by the guy behind you.

Sometimes I just think about all the good things that happen in life.

To do this adequately, I must first sit down, turn off the television and close out my surroundings, and tune out the “fret mode” of my brain.

When I do this, I am filled with some sort of spirit, be it Holy or other.

It is the best feeling in the world. It makes me wonder why those who wrote the Bible thought it was necessary to promise heaven as a place where we will receive our crown and reward.

I don’t need a crown.

I’m not a king. And even if I were a king, I would pass on the crown.

There are just too many crowning events in life to ever require additional honor. 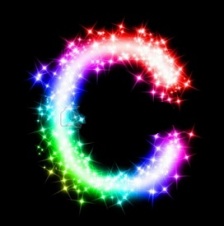