When asked recently what would make the world a better place, without delay I replied, “Excitement.”

Feeling we are too mature to wiggle and squirm in anticipation, the average adult plows through a day’s activities without much emotion.

We call it control.

We fear the appearance of childishness, and in the process, lose the better parts of being childlike.

Excitement is what allows us to believe that things can get better. If we are fully aware of all the possibilities, then we are no longer able to be surprised. And any creature who is incapable of being astonished at the beauty of creation soon loses the true significance of living.

Sometimes I like to excite myself, just to make sure it’s not broken.

But mostly, I feel the need to let my breath be bated by the beauty of something unknown. 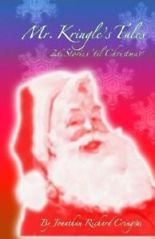 Anticipate: (v) to regard as probable; to expect, predict

The key to life is to possess a treasure of optimism, which is pilfered sufficiently by your pessimism, to welcome realism.

In other words, if you lead with pessimism and pilfer with optimism, you never actually become realistic, but instead, cynical.

If you try to lead with realism, you usually end up favoring either optimism or pessimism, tainting your original adventure.

This makes the word “anticipation” nearly obsolete in the lifestyle of those who want to move forward with a sense of achievement and good cheer.

Because quite honestly, if I anticipate that my family and friends will continue to love me with the intensity I desire, I am always disappointed with the natural human drop-off.

If I anticipate that my next business foray is going to be a bonanza, I will be only adequately impressed if it reaches my wishes and greatly despaired if it doesn’t.

Anticipation, unfortunately, is what people believe faith is meant to be.

The thought is that rallying behind the concept that having hope that a certain conclusion must be achieved is the best way to trick oneself into excitement and intimidate the universe into compliance.

But faith is actually an optimism which is adequately interrupted by pessimism, thus creating reality. For after all, faith is the substance of things hoped for (optimism), the evidence of things not seen (pessimism).

I get very nervous when I get around people who anticipate that the project we are pursuing is going to be a roaring success.

The wise steward of all good things is always joyfully stacking up boxes … while simultaneously perusing the room for additional containers.

Alarm: (n) 1. an anxious awareness of danger 2. the sound or warning of imminent danger

Do they still call it a fire drill?

When I was a kid, about every six or seven weeks, the school bell rang uncontrollably, and we were told to rise from our seats, get into single file and march out of the building into the awaiting parking lot in anticipation of what could have been a fire breaking out.

Of course, we all knew it was just a drill. A practice, if you will. But it was still a bit alarming to hear the bell, and delightful to be able to escape the world of desks, pens, paper and droning “teacher voices,” to go outside for a few minutes with your friends.

Of course, in the adult world, they had plans set in place to rectify that potential for pleasure.

You had to remain silent.

This was the same thing you were cautioned to do when standing in line for the cafeteria, gathering for an assembly or even finding your path to the bathroom.

I realize now that we were never in danger of fire. And I’m not being critical of the craft of preparation. I understand it thoroughly and agree with the premise.

But the alarming part of the process of leaving our school, considering the potential for a blazing inferno, was actually the fact that we were taught to be non-social.

And then we wonder why human beings grow up sheltered, protected, suspicious and just downright cranky. After all, we’re not about to let our offspring chum with one another when we were forbidden to do so.

Yes, I would say the most alarming thing about hearing the alarm bell tell us to go to a fire drill, considering the alarming possibility of a burning school, was the fact that we weren’t allowed to be human and interactive.

I guess that’s true all over the world. I’m sure Chinese people discourage chattiness in their children just like Americans quell such outbursts. But I wonder if we lose something by being too alarmed.

Don’t we sacrifice the child-like instinct to enjoy ourselves, believe for the best and want to whisper interesting things to our neighbor?