Blueprint: (n) a design plan or other technical drawing.

I don’t often take time with this particular essay to discuss current events or natural happenings. It’s really more a primer on what is primary.

But I find myself in an interesting dilemma.

I have set a blueprint for my life, my work, my mission, my writing and my sharing with humanity–to stay away from politics. To me, politics is taking what might be a good idea and hammering on it until it’s pleasing to as many people as possible.

But in this particular political season, I am stymied.

My blueprint is threatened.

For if I talk about kindness, courtesy, gentleness and tolerance, it will appear to my reader that I am preaching against Donald Trump.

On the other hand, if I write an essay on honesty, being forthcoming, freshness of ideas or even gaining the acumen of using the Internet and email–doggone it, it would appear that I’m striking out against Hillary Clinton.

So I find myself squeezed like a tube of toothpaste which should have been replaced four days ago.

When you can’t speak a virtue without attacking one or the other candidate, what you have is a commentary on the lack of virtue in our candidates.

Aria: (n) a long, unaccompanied solo for voice, typically in an opera or oratorio.

If human beings were not so pretentious, we would almost be fun. At least it would be closer.

Over the years, I have sung a song or two. Actually I’ve done much more than that–I’ve recorded, written songs and performed on stages all over the United States.

And after the show, folks will come up to talk to me, wanting to make some sort of personal connection.

Some people are just genuine and pour out their hearts with the present words that are floating around inside their minds. They are delightful.

Others feel the need to prove their intelligence and acumen by making a more specific statement, which is usually geared more to promoting their own resume than encouraging my soul. Two categories for these:

Concerning the latter, it is an amazing fact that although most people don’t like opera or favor operatic singing, they still use that particular style as a measuring stick for vocal quality. (It is similar to hating Chevys but making your Ford feel bad by constantly talking about the other product.)

I don’t know why we think that opera singers are better at their craft than some guy with a guitar in a coffee shop, intoning his anthem–but we do.

It really isn’t an appreciation for the aria or the performer, but rather, letting everyone in the room know that we are aware of this medium and to a certain degree, can even pronounce the unusual names associated with it.

This is why I got tickled when Pavarotti got a cold and couldn’t sing.

It was so human.

And then, another time, he had voice strain and had to cancel his promised aria.

When you remove all the fictitious ideas from the human race, you end up with a much smaller pile of knowledge.

But it actually all ends up being true.

Alienate:(v) cause someone to feel isolated or estranged: e.g. an urban environment that would alienate its inhabitants

Some words are symbiotic twins. (Are the words “symbiotic” and “twins” redundant? I’ll have to look that up.) Anyway, they work together to create a good or to create the potential for evil.

You will never need to alienate another human being as long as you’re willing to confront the mediocre in your life.

For instance, if you run across people who are better than you at some task, rather than trying to attack their acumen, you evolve and learn from them. If you accept the mediocre in your life, it becomes necessary to foster a disgruntled attitude and discover something unseemly about your competition.

All prejudice is grounded in a sense of mediocrity. I will tell you, if the white people in the South prior to the Civil War had raised offspring who could work the fields, toiling with the same diligence as the Africans, they wouldn’t have felt the need to alienate the hostages as inferior, but instead, would have joined them, shoulder to shoulder, pursuing their cotton-picking minds.

I know when I start becoming critical of others, it is a warning sign that I’ve accepted mediocre behavior, and because some strangers have dared to be superior to me, I begin to find fault and separate them from my field of play and stable of friends.

We do it in politics. We certainly do it in religion. We do it in corporations, by trying to spread rumors about another company’s hiring practices instead of allowing for the product itself to find place in the market.

Mediocre and alienate are twins.

If you are alienating somebody from your life right now, it’s because you’ve accepted some sort of mediocre attitude as normal. And if you’re mediocre, you will eventually need to alienate people who dare to excel.

It’s why in the United States it is more popular to talk about our uniqueness than it is to review our plans and critique our progress. When the stats and facts about our world placement in education, health care and even personal relationships is measured against other countries, we are not always found at the top. So this demands that we alienate. Some of our favorite terms:

Great people don’t have to criticize anyone. They just evolve towards the new understanding instead of staying entrenched in tradition.

When you get rid of mediocre, you no longer feel the need to alienate other people. When you’re alienating people, it’s always a sign of some mediocre part of you trying to justify … blah. 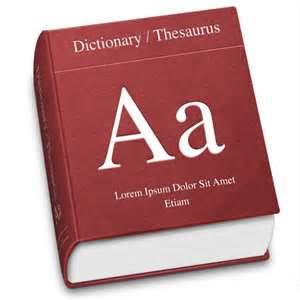 We have convinced ourselves that ability is best achieved through training—and by training, we usually mean some sort of educational process granting us a degree or license to pursue an activity.

Here’s the problem: I have been to many doctor’s offices, where there were all sorts of awards hanging on the wall, and the technician standing before me has the personality of a beleaguered slug climbing a eucalyptus tree on a very hot day.

I have been in the presence of clergymen who have a doctorate in Biblical studies or Christian counseling, who have an interest in books but more or less deplore the sight of human beings.

Acumen, in our society, is permission to pursue a profession because you have adequately written down the correct answers on a piece of paper in an allotted amount of time to demonstrate your present level of knowledge on a given subject.

To me, acumen has to be measured in a much different way. Matter of fact, if you’ll allow me a little piece of silliness, I think the word should be broken down to “act like you mean it.”

That’s how I determine if I’m going to put my trust in another human being’s abilities. Just as grace covers a multitude of sins, passion certainly can disguise some levels of lessons yet unlearned.

Would I rather have someone convinced they’ve already achieved the right to pursue their craft, or would I prefer someone who is feverishly interested in the task and wants to learn how to do it more proficiently?

To me, that’s a no brainer

I’m tired of looking into the eyes of Congressmen and even into those of our President, and seeing weariness and boredom instead of light and intensity.

I am fed up with individuals who labor behind the desk in Customer Service, who obviously would rather shoot people with a gun than address their complaints.

And I am never going to be amiable to the notion of attending a church worship service where some monotone, anemic declaration of faith in God is revered simply because it has descended to a level of adequate somberness.

We will become a much better country when we stop touting our history, pointing to the achievements of our past, and instead, build a fire under our young people to hunger and thirst for righteous conclusions.

Acumen is not a one-time arrival at acceptability. It is a driving force inside us that tells us there is more to come if we will just act like we mean it.