There are those final moments at the end of a heated argument when two or more people stare at each other, exhausted from trying to outwit one another, realizing that life needs to go on, yet all the debaters are suspicious of exactly how that could happen.

Human beings are the most fragile, yet indestructible, organisms ever conceived.

We can have our bodies shot with radiation to kill cancer.

People have fallen out of fifteen-story windows, landed on cement and survived.

Yet one foolish accusation or ill-placed assumption can render us emotionally paralyzed, unable to continue without years of therapy or medication.

What is it that causes us to believe that disagreements, which are plentiful, are somehow or another insurmountable?

There may be only one thing that aids the survival of the human race: a single action placed at just the right time after we have failed, cursed, stumbled, lied, cheated, argued and even threatened violence. It is the stillness which often comes over the soul and allows a moment of heartfelt reflection.

At this juncture we realize that the best way to confirm what we hope, what we are or what we believe is to stop fussing and go out and find a way to corroborate it.

My dad decided to die when I was sixteen years old.

He had planned it for nearly thirty years.

As a cigarette smoker who actually bought tobacco in the can and “rolled his own,” he had pretty well determined the end of his story long 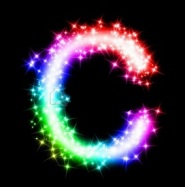 before he’d lived out all the plot lines.

I was one of the plot lines.

Before I found out that he had terminal lung cancer which had spread to his brain, there was a brief, three-month period when he became warmer, more tender–wanting some closeness with me.

Unfortunately, by that time I had created so much distance there was no way for me to transport myself to his side–even when I discovered he was dying.

They sat down and explained it to me, pointing out that he would be going through radiation treatments, which involved cobalt. He did.

Yet he barely survived the only cure they had available. When he returned home, he could barely walk and had trouble breathing. His skin was red like he had a deep sunburn, and he smelled like the trash we burned in the back yard.

Being around him just scared the hell out of me.

Everyone wanted me to turn into the devoted son who held the hand of his ailing father up to death’s door.

I just couldn’t do it.

Even when his breathing became so heavy that I could hear it through the walls while sitting on our porch stoop, I couldn’t bring myself to tell him that I loved him or even be present when the last gasp escaped his being.

This is my memory of cobalt.

It was used in the early years of radiation treatment, and left the patient nearly vacant of the resources to think and move.

As I sit here today, I can wish that I had been a better son and he a better father.

But that is because I have an older mind, and sometimes find it difficult to regain the fury involved in being sixteen.

Chihuahua: (n) a small dog of a smooth-haired, large-eyed breed originating in Mexico

I will not bore you with the standard patter about how tiny and stupid looking Chihuahuas are. This has been long established by many writers preceding me.

The creature is obviously a rat that was exposed to radiation–perhaps near Los Alamos–grew in size and lost its hair. I am completely

satisfied with this explanation.

Today I would like to focus on the bark. Pardon me. It is not worthy of being called a “bark.”

I don’t know if there’s anything more aggravating than walking through a store and coming upon some hapless soul holding one of these creatures, and being yapped at for fifteen or twenty seconds, as the owner pretends he or she has control.

Comical as it may seem–the dog thinking it has any dominion–it is still annoying that such a pretentious piece of animal flesh thinks it has any purpose or right to spark out its opinions.

If they were pleasant dogs, you could associate the word “cute” with them. When you came upon their tiny frames, you could say, “Isn’t it cute?” and it would look up at you with its little doggy mouth and oversized eyes, moist with affection.

But not the chihuahua.

It literally is a large rat on speed.

It has a bad attitude, it tries to overcompensate for its size by being obnoxious, and if I lived in Mexico in the State of Chihuahua, I would demand that they rename the dog.

As you can probably tell, I have never owned a Chihuahua.

But I will confess that I have considered accidentally letting a few of them out in traffic.

No male of the species should probably ever postulate on this issue, even if stimulated by curiosity to offer insights or opinions on the process by which a female conceives, carries and eventually “unshells” a human being. It is beyond the scope of the average man.

Yet it is a source of fascination.

Having been around numerous pregnant women in my life, I first of all realize that many of them do not like to be referred to as “pregnant.” So the first thing a male should acquire is a Thesaurus, to discover different terms for a woman impregnated. (Once again, another dubious word.)

Truthfully, during that nine-month period of gestation, words and wording become very important. To some degree, true candor must be abandoned in favor of cautionary terminology.

For instance, one should never have an opinion on whether a woman with child looks good. It is a foregone conclusion that they are “blooming, glowing, transcendant” and nearly “immortal.”

So at my own peril, I will be honest about my take on this situation of what is referred to as “antepartum.”

1. It’s too bad that the baby can’t be passed from parent to parent like a basketball.

When one got tired the other could take over for a while. I suppose this might create its own set of discussions, but at least one would not be suffering while the other desperately scrambles to alleviate it.

2. Telling a person that is normally attractive and small that they are still extremely desirable, when they realize by looking in the mirror that they are suddenly humongous, is not very comforting.

I don’t know what the right decision would be in this situation, but it is a fruitless task to try to tell a balloon that it is not blown up.

3. It is ironic that the romance, chemistry and lust that produced the condition suddenly runs away in terror at the conclusion.

“Chicken!” That’s what I yell at the retreating emotions as they scurry away in horror, leaving the pair to wonder if any attraction remains.

4. And finally, because this is going to be a journey, pack a bag and make sure you include lots of money, a first-aid kit, games, trinkets and a list of the reasons why you love her.

it’s not that women are silly. I imagine if men were carrying a child, they would be even more prone to bursts of temporary insanity.

It’s just that the idea of growing something in your body that weighs nearly ten pounds is normally treated with radiation and surgery. In other words, a cancer.

So I think trying to find the balance between honesty and tenderness is the best profile.

But of course, in doing so, wear a helmet and a cup.