Curvaceous: (adj) description of a woman having a well-shaped figure with voluptuous curves.

There are two immutable facts that cannot be denied but certainly would open up debate among those concerned.

When high school reunions come around, men who used to be svelte or women with curves which produced great desire arrive at such celebrations looking, shall we say, very “domesticated.”

On the other hand, those students who were ignored, thin or obese, have often gone out and changed their appearance and persona completely.

I am fully aware that a woman’s breasts are a delight to view, interesting to touch for about a minute-and-a-half but are not what you would call “the main course” of a sexual smorgasbord.

A bosom of that sort is a banquet for a baby.

But because we are foolish, we insist that women who have huge breasts are very sexy—until we realize that these curvaceous wonders are really just fat cells.

And consider this: if it’s easy to build up the fat cells in the chest, it is equally as easy to build them up in the waist, the thighs and the cheeks. Both sets. So be careful.

Our society, which is obsessed with curvaceous women, must evolve into a more mature understanding:

Breasts can be problematic for everything—from dressing to disease.

And once we gain a more sophisticated approach, maybe we can just learn that ninety percent of our sexuality is in our brain.

I was five years old the first time someone referred to me as “fat.” It came off the lips of Aunt Pruney-Face Fussypants. (I don’t recall her real

She whispered to my mother, “Don’t let him sit in that chair. He’s too fat. He might break it.”

I don’t know if I was stunned, mystified, humiliated or defiant, but I went over and sat down in the chair anyway–just to prove that it would embrace me from the bottom up.

It held its ground.

Yet over the years, certain chairs have gone “snap, crackle and pop” when introduced to my backside. So I hbave developed the mystical ability to peer at a piece of furniture, determining its width and sturdiness. I avoid bargain-basement furniture, realizing that it’s only suited for an anorexic market.

Chairs are problematic when you’re large.

Large is problematic because you’re always looking for a chair.

So even though I have encountered tens of thousands of seating units on my journey, many had to be rejected by my prejudice toward their outward appearance.

Even though we contend that honesty is the best policy, sometimes the dividends are questionable.

Often I will admit my weakness or even ignorance in an attempt to create empathy with an audience–only to have someone come up to me afterwards, shaking 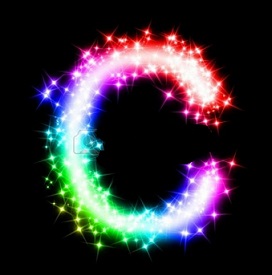 their head and saying, “You really feel that way?”

So with that in mind, with some trepidation, I offer the confession that I have only been in a taxicab four times.

I have never been without some sort of vehicle for my own personal use.

So the idea of climbing into the back of a car and telling a driver where to take me, as a meter continues to remind me of how much I’m going to have to pay for the opportunity, is a little unnerving.

I also have this flaw of wanting to converse with everyone I meet. During my taxi drives, this became problematic. All four of my drivers were apparently advocates of maintaining their language of birth instead of pursuing the local dialect. So they did talk to me, and I tried to catch a word here or there, but I am sure I nodded my head at the wrong places and remained silent during awkward intervals.

I also remember that I was always surprised at how much it cost. Matter of fact, when I watch a TV show based in New York City and see them taking all those cabs, I always wonder how they can afford it–unless they don’t have an apartment and sleep in a box somewhere near a subway grate.

So it is difficult for me to talk about cabs.

Does it help that I like the game show where the driver asks the passengers questions– Cash Cab?

Bushel: (n) a measure of capacity

The Good Book was written in ancient Mesopotamia, translated in Merry Old England when men wore powdered wigs, and is now trying to be

understood by a Smart Phone generation.

One of the examples that immediately jumps to mind is that Jesus suggested that we should not hide our aspirations, talent and insight “under a bushel.”

That was the King James translation.

Dare I say that most of the people in this country under the age of thirty have probably never seen a bushel of anything.

Most of them would think the word “bushel” is a mispronunciation of our 43rd President.

Yet truth leaps over generational gaps and maintains its integrity. Therefore we should take obscure terms and translate to make them comprehensible. (And by the way, the more emotionally charged we can make that presentation, to give it lasting quality in the human spirit, the better.)

Therefore, what was once translated from the Good Book writers as a “bushel” really is a prison cell–a place where we lock ourselves up and cease growing because the fear of failure, inadequacy, and even the apprehension over accidentally doing something evil has left us lying on our bunk, biding time.

We’re still alive, we’re still breathing, we’re still consuming three square meals a day and every once in a while we stroll through the court yard. But we desperately try to avoid confrontations and we shower in fear.

A bushel is where you gather an abundance.

There is so much fruit that you can’t put it in a bag.

A little box won’t contain it.

It needs a bushel basket.

If we don’t believe that God has called us to be fruitful, we will arrive with a tiny teacup instead of showing up with a gallon jug.

As the president of my Junior Class in high school, I was constantly being challenged by the adult advisors to be “more active” or come up with creative ideas.

After all, I thought I had done quite a bit in succeeding to get the majority of the votes from a bunch of fickle sixteen-year-old classmates.

But the grownup dictators didn’t see it that way. They expected results. One of their favorite words was “initiative.” (To this day, I refuse to use it.)

So during football season I brainstormed and decided that before our homecoming game, we would have a bonfire out near the football field, and cheer, celebrate and do whatever one does in front of such a blaze.

My thought was, “You just burn stuff.”

Well, it became problematic. What were we gonna burn? I had a chemistry book I was willing to donate, but others thought it would be better to take some of the leaves which were freshly fallen, pine needles prevalent in the area, and branches, and pile them up together to ignite the inferno.

But it was difficult to get started.

So since I was the leader of the Junior Class, I suggested gasoline. Before it could be approved by an adult, we doused all of our flammables in the fluid and lit it.

It was three hours before the bonfire was supposed to take place, and basically we burned up all of our stuff in about twenty minutes. What we had left might be referred to as a bon-ash.

Realizing this would not have much appeal, we scurried around town to find more stuff to put on the second fire and finally accumulated enough trash that when the student body arrived, we lit it once again (this time without gasoline) and everybody gathered around.

Well, considering this was Ohio in September, it was a little chilly. People were already in coats. So when a hundred folks gathered around a blazing fire in their coats, the sweat began to flow, and what was intended to be a pleasurable or intriguing experience turned into a journey to the sauna of hell.

Everybody started to complain, backing away from the fire. Some girls were crying, and all the adults turned to me, seeking my leadership on what to do next.

I shall always remember the experience as a perfect example of over-reaching.

I can truthfully tell you, it was nothing more than the bonfire of my vanity.

Antidote: (n) a medicine taken or given to counteract a specific poison.

Sometimes I do dorky things just to make sure that people don’t believe I have become divine overnight through a particularly good sleep cycle.

Actually, it is my penchant in life to attempt new things, which always opens the door to the possibility of playing the fool.

I went with my wife and children to Guaymas, Sonora, Mexico, where my mother-in-law had retired.

I don’t know whether it was something actually problematic between us, or if she felt the need to act out the typical plotline for a sitcom between son-in-law and mother-in-law.

She had a house on the beach. So one morning I took the children out to enjoy the ocean, only to discover that the entire landscape was covered with dead jellyfish. Unwilling to be deterred from our sea-time pleasure, and since the jellyfish were up on the shore and not in the water, I let the kids splash around while I sat, carefully watching them,

Meanwhile, more dead and dying jellyfish were washing onto the shore. I didn’t think much about it, until one of them brushed up against me, and with his last aspiration, stung me on the leg.

It didn’t hurt. Kind of a magnified bee sting. But in no time at all, the wound began to swell and I was sick.

It was a strange sense of ill will. I knew I was in trouble.

I made my way up to the house with the kids and told my wife and mother-in-law what had happened. Being a great veteran of the region and the sea, my mother-in-law grabbed some Adolph’s meat tenderizer and spread it on my wound, telling me “that always works.”

It didn’t. I was getting sicker and sicker. My mother-in-law told my wife that I was just being a wimp.

So I finally had to bypass old mom and asked my wife to call the local doctor. He arrived about fifteen minutes later with his satchel, saw the sting and reached in and pulled out one vial of what had to be several hundred of antidote.

He explained that some people are just allergic to jellyfish. By this time I was quite frightened. He calmed me down, gave me an injection, and in a matter of about an hour, I was just fine.

I was grateful for the antidote.

But unfortunately, my mother-in-law still thought I was a wimp.