Did you ever notice that we never characterize someone as being decisive if they end up being wrong?

Somewhere in the process of mulling over choices, enough time needs to be taken to increase the possibility of a successful conclusion. On the other hand, if too much time is taken, the juncture of greatest possibility may pass, and the person who failed to step into the historical hook-up ends up not being decisive.

It all depends on three words:

First, you have to have the power to make the decision.

If you don’t, it’s called an opinion. If you’re not allowed to have an opinion, it’s viewed as an annoyance.

The purpose is the rational common sense that makes the insight viable and necessary for this time.

Without the purpose, we are not just purposeless—we actually end up merely “less.”

The pounce is the exact moment to move on an idea—when to step out and make things happen, doing it with such enthusiasm that there’s no doubt that you and all your teammates have full confidence in the determination.

Without these three working in harmony—like an aging women’s trio from a Southern Baptist choir—the destiny of any project is going to be flawed, leaving the participants wondering why they were so enthusiastic and what in the hell happened.

So don’t favor your power if you can’t generate a purpose.

And don’t over-talk your purpose unless you’re prepared to pounce.

Covenant: (n) an agreement between two or more persons to do or not do something specified.

I have neither the time nor the patience to seek out another person to agree with me to seal the deal. So I guess I cannot officially call my rant a covenant.

But I will anyway—because no one is here to stop me.

I do have a covenant with myself. Bluntly:

I’m sick of the shit.

I’m sick of people making a livelihood off stirring up trouble.

I’m sick of politics being given a free pass to be disingenuous and evil. 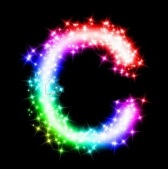 I’m sick of the shit put out by a religious system that hides behind two or three verses of scripture, to attack and destroy two or three billion people.

I’m sick of the shit inside me—which causes me to want to hold back the true essence of my soul for fear that I’ll be found unworthy. Hell—I am unworthy, and so far, still alive.

I’m sick of the shit that makes us believe we can be prejudiced against half of the population simply because they nurture a vagina. Many times we’re grateful for that vagina, so for us to declare it insipid, weak and lesser might be considered hypocritical.

I’m sick of the shit that I was taught as a boy which kept me away from the simplicity of loving my neighbor as myself, but instead, checking skin tone first.

I’m sick of this shit.

And I don’t think I’m alone.

The only problem is, the people who might have enough heart and spirit to be sick of the shit won’t use the word shit. And the folks who are reveling in the shit don’t really think it’s stinky, just historical. (Sometimes historical is hysterical…)

So I may be more alone than I think. But if you’re sick of the shit, just like me, do me a favor and join me in this covenant.

According to the definition, I only need to win over one of you.

Correlate: (v) when two things affect or depend upon another

I have actually heard many explanations for this phenomenon, so let me tell you what I think one of the instigators may be for a déjà vu moment:

Every piece of the heart and soul inside us, loving us, tries to subliminally warn us that the place we’re in, the steps we are taking and the mood we’ve selected has been pursued before, and did not bring about much fruitfulness.

I believe one of the great gifts imparted to me as a human being is the instinct of knowing I’ve done this stupid thing before in some way, shape or form, and now would be a good time to bail out.

The present political situation seems very familiar to me. It doesn’t feel odd. Matter of fact, this is the third occasion in my lifetime when I’ve seen the United States temporarily go insane because half of the country was supporting someone the other half believed to be crooked.

Let me give you a correlation:

It would be similar to living in a house with a father and mother who campaigned to divide the affection of the children, causing brothers and sisters to be at war because they side with one parent over the other.

This is what we’re being asked to do today.

If any of you out there lived through these experiences, you should allow your brain to give you a beautiful déjà vu, and begin to correlate, in your thinking, the similarities and traps—and thereby avoid being sucked into a war of insults and lies, and instead find your identity, maintain it, and laugh at the ridiculous fiasco.

Here are things that correlate: telling the truth, honesty, repentance and change

On the other hand: lying, cheating, denial and destruction.

Truth will always end up on top. It’s not because God is controlling the Universe and killing off all the liars. Rather, it’s because people like you and me begin to correlate and come to agreement. As painful as the truth may seem, it does free us from the need to defend dangerous lies.

Bill Clinton is still regarded as a flirtatious womanizer.

Whoever continues to lie in our present circumstances in America will join these two in obscurity.

Comment: (n) a verbal or written remark expressing an opinion or reaction.

Having abandoned journalism, many forms of etiquette, courtesy and basic grammar, the Internet continues to pass along ideas from people who refuse to accept the fact that others have a creative bend and require consideration.

Somewhere in the past two decades we have lost the true definition of commenting. Let me begin by telling you what it is not.

A comment is not you offering an opinion. In other words, if someone writes an article stating that the President of the United States is a great historical figure filled with virtue, a comment would be on the writer’s approach, delivery, information and process in drawing conclusions. A comment is not jotting down, “Idiot, moron, and son-of-a-bitch” with multiple exclamation points. (A single exclamation point is supposed to express great passion. When I see two, I perceive stupidity.)

Commenting is letting folks know how what they had to share, think, or even a meal you prepared was received. It is not replacing their input with your dogma–feeling as if this resolves the issue for all time.

Often my children recommend a movie to me. If I watch it, I offer the following comment:

“I can see why you liked it. Maybe I wasn’t in the mood for this movie on the night I watched it, but I did not garner the usual impact or inspiration that I normally enjoy from a flick. It is certainly the kind that I normally do pursue, but this particular one left me cold. Maybe it’s because I don’t understand what the writer and director were trying to communicate.”

This is commenting–a blend of honesty and humility allowing the person who has shared to leave the house without fear of being gunned down by a maniac.

But I do not give you permission to ravage my material simply because it busted out the walls of your mental one-room sublet.